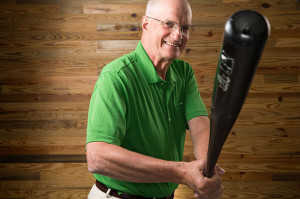 We may never have learned about the importance of strengthening our core muscles for safe exercise and everyday living — or sports buffs may never have heard about the dreaded “sports hernia” — if not for Wharton leader Dr. William Meyers, WG’03. Through 25 years and 15,000 patients, Meyers is still the pioneer in what he terms “core muscle injuries” (do not use the term “sports hernia” around him; he doesn’t like it). He’s treated everyone from the U.S. National Soccer Team to million-dollar athletes from nearly every professional sports league, to high school athletes and moms and dads. He believes so much in the cause that he launched his own institute to tackle it, the Philadelphia-based Vincera Institute.

It is not the first time Meyers has been a leader. As a surgeon, he was at the forefront of minimally invasive surgery. He once ran one of the nation’s largest liver practices. His CV reads like that of a character in a TV doctor drama—Harvard, Columbia, Duke. He helped rebuild the medical school of defunct Allegheny Health System into what became Drexel University College of Medicine, where he served as professor, chairman of surgery and senior associate dean from 2001 to 2010.

Yet entrepreneurship is not a natural step for a long-time medical and academic leader. It was Wharton — specifically the MBA for Executives Program — that inspired Meyers to believe he could launch his dream practice.

Below is an excerpt from a conversation between Wharton Magazine and Meyers, in which he discusses his Wharton experience and the driving forces behind becoming a health care innovator.

WHARTON MAGAZINE: As a decorated medical and academic leader, why get an MBA in your early 50s?

WILLIAM MEYERS: There were two reasons I decided to go to Wharton. One was [that] things were changing in health care in general, and as a doctor, even though I was in leadership positions and had done well, I felt myself being put into a box as a widget. Basically, health care leadership was being taken over by non-physicians for the most part and politicians. And so I was in this box and I wanted to figure out some way to get out of it, and I figured that people would perceive me differently. And then the second reason was to find out what I didn’t know in terms of the tools.

Michael Porter tried stimulating me to go to business school.

MEYERS: I went from Duke and was chairman of surgery at the University of Massachusetts for five years. I helped with the initiation of the Massachusetts Medical Device Industry Council, which was for the medical device companies and pharmaceuticals in the New England area. And one of the guys who was with us starting that was a guy named Michael Porter. … He has the bestselling book on strategy and is revered in business. I didn’t know that. I just knew he was a guy who drank Coke all the time.

WM: Do you have a favorite Wharton memory?

MEYERS: I ended up on the board of a company from one of our study groups.

WM: From a study group project?

MEYERS: We had recommended that [two] companies merge. The two companies were big rivals that were involved in it, and it was probably independent of the study group, that they decided to merge, but we put that as a conclusion. I sent a copy of our paper to the company.

WM: Then they asked you to come on the board?

MEYERS: Yes. I was on the board just for a couple of years during the merger. … The stock went zoom high after they merged.

WM: With your work in core muscle injuries, was there an aha moment where you realized you were seeing something no one else had before?

MEYERS: [There] was sort of a classic experiment where I had a medical student put her finger behind some muscles in the thigh—in a cadaver—and I cut the muscle up in the abdomen, and she let out a scream. So by cutting an abdominal muscle, her finger is way down below the pubic bone and something happened where her finger got pinched.

WM: Now you’re the nationally recognized expert on core muscle injuries? How did you get from point A to point B?

MEYERS: Based upon those experiments, we did a bunch of repairs on athletes. We had six of the starting 11 from the U.S. National Soccer Team when they played in Korea [in 1988]. By word of mouth, other athletes started to come, and so that became sort of a little hobby that grew into a field that still needs to be developed more.

It was a natural thing where just over the years the injuries I’d take care of got more recognized by the teams and the players and regular people like us.

WM: What spurred you to start Vincera Institute?

MEYERS: Emboldened by the Wharton experience, I realized that this field needed to be developed, and it’s like impossible to develop a new field in the clinical field in today’s world of medicine.

WM: The Institute isn’t about just surgery. It’s multidisciplinary— with holistic, nutritional and therapeutic resources. Why?

MEYERS: Well, to put it simply, because they all work together. When I envisioned Vincera, I wanted an integrated facility. A truly integrated facility and not just a place where all these different therapies and resources existed. From the time a patient walks in the door here, all of our specialists are working together on a diagnosis and treatment plan. Here, a patient will get surgery, then will have a rehab protocol integrating physical therapy and yoga; or an athlete will be conditioning and using our natural chef services.

WM: What is your leadership style?

MEYERS: I share leadership. I give an overall strategy, but then I let other people lead. Sharing leadership motivates people to advance their critical and creative thinking. Having confidence in the people around you, allowing them to grow and let them take credit for their work … I think that is really important to building a successful team.