We hope you can join us at one of our upcoming events — either in person or online.

In light of the COVID-19 outbreak and University of Pennsylvania event restrictions, all in-person Executive MBA Admissions events have been canceled. We sincerely apologize for any inconvenience this may have caused. We hope you remain safe and healthy, and we look forward to communicating with you about future events soon.

For more information on how the University of Pennsylvania is responding to the COVID-19 outbreak, visit the Penn Coronavirus website.

China Strategies: Success and Failure in the World’s Largest Economy

By 2025, China is likely to have the world’s largest economy, but success is not a given for companies considering a geographic expansion into the Chinese market. For example, in 2007, Amazon was one of the two leading players in China’s consumer e-commerce market. Jeff Bezos expected that China would be a double-digit percentage of Amazon’s sales and planned to further expand product inventory and warehouses there. Yet, by 2019, Amazon quit China. If Amazon can’t succeed in China, can anyone?

Wharton Prof. Karl Ulrich will address this question and others on August 12 during his presentation called “China Strategies: Success and Failure in the World’s Largest Economy,” as part of the Wharton MBA for Executives “Summer Brain Gain” Series.

He’ll provide insight into the most effective approaches to achieving profit growth in China and will address questions such as: 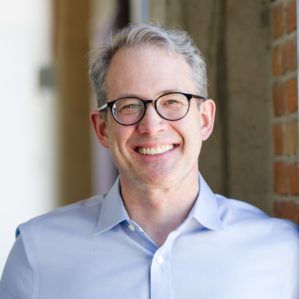 His books include Product Design and Development and Innovation Tournaments. At Wharton, he has won the Anvil Award, the Miller-Sherrerd Award, and the Excellence in Teaching Award. In addition to his scholarly work, Professor Ulrich is a prolific innovator and entrepreneur, holding 24 patents. He earned bachelor’s, master’s, and doctoral degrees in mechanical engineering from MIT.

How can we improve this page?