Wharton Stories » How this Energy Expert Managed Work, School, and Kids with a Commute from Texas

How this Energy Expert Managed Work, School, and Kids with a Commute from Texas

Chez Uzoh, WG’20, whose kids were 5 and 2 when he came to Wharton’s EMBA program, said the keys to success are planning, communication, and prioritization.

When Chez Uzoh, WG’20, came to Wharton’s EMBA program, he had two young kids and his wife had just launched a speech therapy clinic. Having recently moved to Dallas, they lived far from family. Not surprisingly, managing childcare in addition to school and work was a top concern.

However, Chez was determined to make it work. “The energy industry is changing, and I intend to be a player as it changes from fossil fuels to efficient, renewable, and sustainable energy. I wanted to come to this program to learn how to do that. I also started a real estate company in 2016 focused on providing clean, safe, and affordable homes in tertiary markets around the country. An MBA would help me better lead and run that business,” he explained.

After gaining acceptance to Wharton’s EMBA program, Chez and his wife looked at his school schedule for the next two years and started organizing extra help.

They planned for his wife’s mother, who is retired, to help with their kids during the first three weeks of the program. After that, Chez’s parents would come to Dallas. Then they would rely on babysitters to fill in childcare gaps.

Adapting to a New Schedule

It didn’t take long before the family became used to Chez’s School schedule. On a typical Wharton weekend, Chez would pick up his kids from kindergarten and daycare on Thursday afternoon and bring them to a babysitter, who stayed until his wife got home. He would drive to the airport to catch a late flight from Dallas to Philadelphia, arriving in Philadelphia on Friday at 1:00am.

“It sounds crazy, but it was a fun commute because other students from Dallas were on the same flights. We used that time to catch up, sleep, or do schoolwork,” said Chez, who is originally from Nigeria.

When he was not in Philadelphia, Chez did schoolwork after his kids went to bed. He added, “I was lucky to have a flexible work schedule with an understanding supervisor and team, and I could sometimes use lunch breaks as an opportunity to study or do team work.”

Chez noted that it was helpful to share the Wharton experience with his wife and children both on campus and in Dallas. “We frequently got together in Dallas with my classmates and their families. One of my learning team members has a daughter close in age to my daughter, so we had playdates. My wife became friends with my classmates and their partners too. It was nice for them to be part of this experience,” he said.

Advice for Parents in the EMBA Program

Don’t underestimate the amount of time you will be away from family.

“Make arrangements for help, whether that is from family, friends, coworkers, babysitters, etc. This experience reinforced how important it was to have my wife’s full support. I couldn’t have done it without her.”

“You will not be able to do everything you used to do. Be prepared to miss some soccer games, recitals and school meetings. Also, let go of the notion that your house always needs to be clean, or every toy picked up. Decide what is important and what you can let go.”

“I made sure everyone knew my Wharton schedule so that it was clear when I was away for school. Don’t be shy about asking for help from colleagues and even classmates.”

Why Wharton Was Worth It

Looking back, Chez said that Wharton was worth the time and effort because of the knowledge and network he gained. “You make connections with faculty and classmates from different backgrounds, ethnicities, and perspectives.”

The program has also expanded Chez’s range of opportunities at work and in his venture: “I teamed up with two classmates, Charles Croson, WG’20, and Yupeng Liu, WG’20, to expand my real estate venture. We continue providing much needed affordable housing in tertiary markets around the US. By the end of the year, we may be up to 100 homes.”

He added, “I’d come to this program again if I could because of the knowledge, people, and amount of personal and professional growth. This was an amazing experience.” 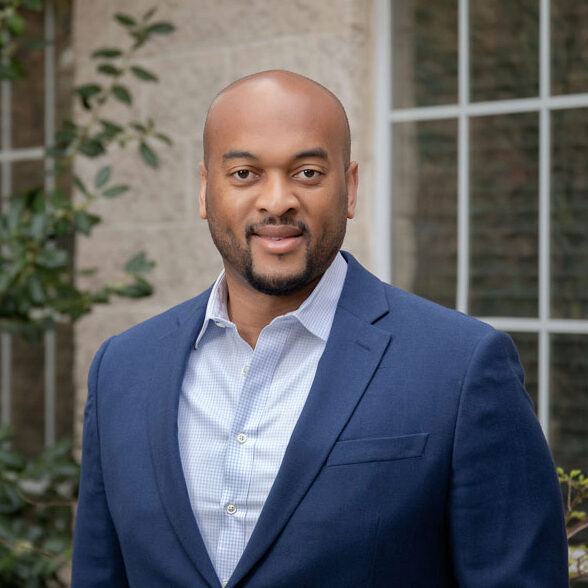 Based In
Dallas, TX