By graduation, we had nailed it. We had a complete road map of the product and user experience. We had everything down from pricing to unit economics.

Vijay Ramani, WG’13, started Wharton’s MBA Program for Executives in San Francisco with a goal to further his career in the semiconductor industry. Little did he know that five years later, he would have successfully built and sold a mobile commerce marketplace startup, TotSpot, Inc.

The pivotal moment in his career happened just a month into Wharton’s EMBA program. “I’m a technologist and have always liked building things and creating value. When an idea popped into my head, my first instinct was to build and test it out, but I never thought I would have the opportunity to do that full time,” he said. “The remarkable thing about Wharton is that it encourages you to look at the world in a different way. It encourages you to think of new ways to create value.”

He explained, “Students come from a diverse set of industries and that enables you to look at intersections of industries. The program helps bring together ideas and promotes creativity. Being in this environment gives you immense confidence and curiosity.”

Inspired, he started thinking of ways to combine his experience in image processing to create value for consumers using mobile technology. His first idea was to take location sensors from mobile phones to create a social currency score to help people understand their influence in the world. He explained, “That was when companies like Foursquare, Facebook, and Klout used algorithms to measure your network clout and I was interested in furthering those into measuring an individual’s credit worthiness for micro-transactions.”

That early work helped him become familiar with mobile products and sensors, and it provided an opportunity for Vijay to connect with entrepreneurs and investors in the Wharton community. “I’d tell them about my prototype and that I’m a Wharton student. There was not much immediate interest in what we were building at the time, but they were happy to provide feedback.”

That feedback helped him pivot to a different idea – a mobile marketplace for kids’ outgrown clothing. “At the time, my kids were 4 and 2 and I was experiencing this problem firsthand. I had spent the last year learning everything about mobile applications, new user experiences, and observing that unique value was getting unlocked with mobile phones. I was sure I could build an amazing marketplace for children’s clothes. Thanks to Wharton, I had the confidence to jump in.”

Creating a Road Map of a Product

Vijay spent his remaining time in the program working on the new idea. He took entrepreneurship classes, where he learned about building a mobile marketplace, hypothesis testing, and de-risking a business. He also conducted an independent study with Wharton Prof. Ethan Mollick. “I wanted to do as much learning and research as possible before writing a single line of code,” he said.

Vijay relied on his classmates for help too. Bringing in clothes to campus, he’d survey other parents. “That was based on what I learned in Prof. Mollick’s Entrepreneurship class. I wanted to rigorously test our hypothesis.”

Vijay and his cofounder also participated in Wharton’s Business Plan Competition, in which they gained helpful feedback from investors to revise the business model to better support funding.

“By graduation, we had nailed it,” he said. “We had a complete road map of the product and user experience. We had everything down from pricing to unit economics.”

Launching TotSpot in June of 2013 with financial support from angel investors connected to Wharton, the first version of the app was released later that year.

“Word of mouth growth was strong and we were noticed by 500 Startups, which invited us to join the incubator. We took that opportunity and started growing 30% monthly. We were then able to raise our first round of seed funding from an institution and started building our team,” said Vijay.

With continued growth, the founders raised another round of capital in 2015 and expanded to include men’s and women’s clothing. The expansion attracted interest from other companies, and TotSpot was acquired by Poshmark at the end of 2016.

“I’m proud of what we built and I want to do it again,” said Vijay, noting that he’s currently exploring opportunities to build something that involves emerging technologies.

The Value of an MBA for Entrepreneurs

Vijay learned a lot about entrepreneurship during his time at Wharton. “Being an entrepreneur isn’t just about having an idea. In fact, it is less about the idea, and more about exploring possibilities around the idea and setting up the foundation for execution. You need to qualify your idea and make sure it’s worth spending years of your life on. You gain the tools to do that at Wharton,” he said.

“From that point on, it’s about asking critical questions about the business. That is the core of this program – it gives you 360-degree thinking so you are knowledgeable about all areas from finance and marketing to operations and leadership,” explained Vijay. “You learn what you are doing right as well as what you are doing wrong.”

He recommends Wharton’s EMBA program for entrepreneurs. “A lot of people come to the Bay Area to develop a web or mobile product that ends up being a feature on Facebook or Twitter. Coming to Wharton for its rigorous approach to value creation, analytical thinking, and disciplined learning lets you do so much more and make a much bigger impact in the world. It exposes you to so many different things and encourages you to explore ideas that create real value – it also gives you the knowledge and confidence to go out there and do it.” 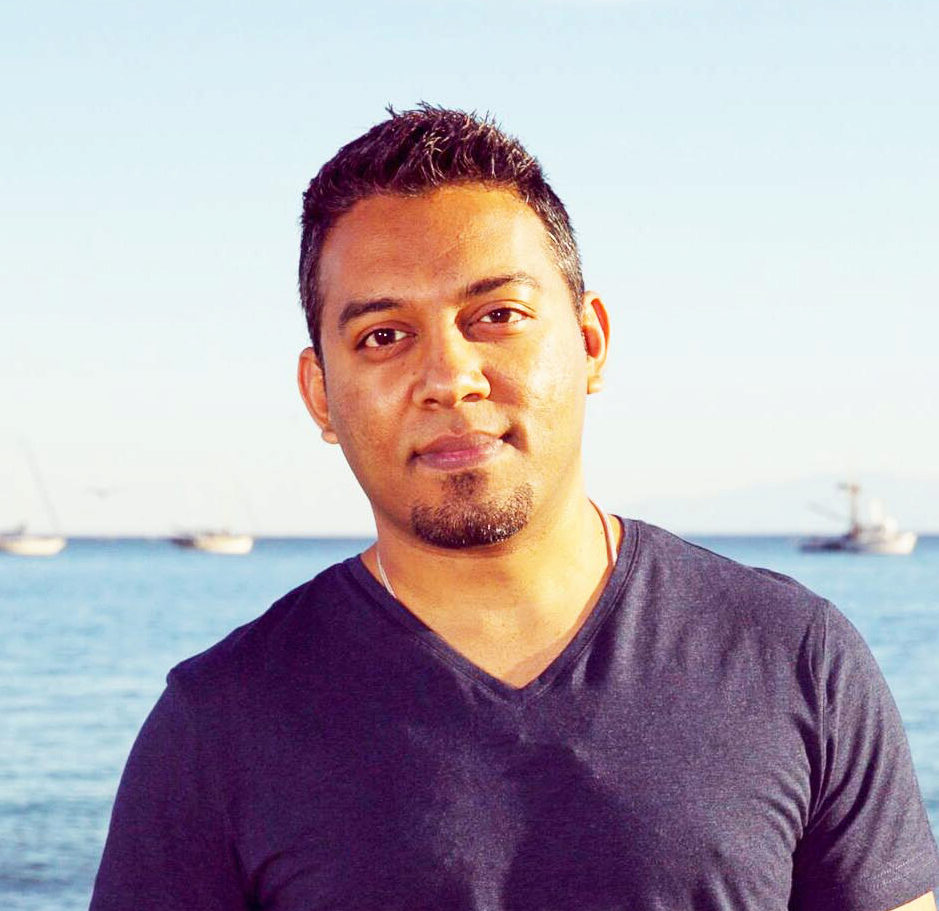 Prior Role
Cofounder and CEO of TotSpot Inc. (acquired by Poshmark Inc.)