“Each campus has a lot to offer – and being exposed to both environments is yet another reason to take advantage of this amazing bicoastal EMBA program.”

Based in Chicago, Andrew Rizi, WG’17, could have commuted to Wharton’s MBA Program for Executives in either San Francisco or Philadelphia. To double his elective options, he’s taking advantage of both. Andrew spent his first year at Wharton San Francisco, his fourth term in Philadelphia, his fifth term split between both coasts, and is currently finishing the program in Philadelphia.

A unique feature of Wharton’s MBA Program for Executives is the ability for students to take courses on either coast in their second year. Andrew Rizi, director of product strategy and innovation at CareerBuilder in Chicago, explained, “There are so many amazing electives offered in this program that you can’t possibly fit them all into your schedule. And since electives are voted on by the students, each coast offers different classes based on students’ interests. The ability to take classes on both coasts is very valuable.”

He noted that there are many strategies students use to choose electives. Some classes are selected to fulfill concentration requirements, while others are topics students want to learn more about, and others are in completely new areas that will help fill in knowledge gaps.

“The list of electives is impressive and the list of professors teaching those electives is even more impressive,” said Andrew. “It’s really tough to pick and choose. Fortunately, the program is bicoastal so if your cohort doesn’t pick a class you want, there is a chance the cohort on the other coast will pick it. And if an elective won’t fit into your current schedule, you might be able to take that elective in a later term on the other coast. You can create a strategy to make sure you take the courses you want on both campuses.”

That flexibility, he said, is enabling him to pursue three majors: strategic management, marketing, and operations.

Andrew’s bicoastal experience began last summer, when he decided to spend the term in Philadelphia to take a Consumer Behavior course that wasn’t offered in San Francisco, but was relevant to his Marketing concentration.

In the next term, when he couldn’t fit an elective called Influence into his schedule in Philadelphia, he decided to split his time between campuses and take that course in San Francisco. He explained, “Influence is a very popular course taught by Prof. Cade Massey, the host of Wharton Moneyball (on Sirius XM), and it’s about navigating the balance of power in corporate structures. It examines different leaders in the past and their mistakes and triumphs based on their ability to be influential.”

Another elective that impacted his location, was Corporate Development with Prof. Harbir Singh. When the course was offered in San Francisco, his plate was full so he planned to take it later in Philadelphia.

“This course is very applicable to my job, which involves corporate development and evaluating potential deals. Also, my company has made five acquisitions over the past five years and is now in the process of being acquired. As we go through the cases of M&As in class, I see that nobody has a crystal ball and many people go through this process with limited information. The more you can look at prior transactions and learn lessons, the better you can position yourself to do things in a more codified way that ensures success.”

Connections and Learning for Life

While taking courses on both campuses can be challenging due to the additional travel, Andrew says it’s well worth the effort.

He explained that in addition to taking the exact courses he wants, he has doubled his Wharton network by connecting with the East Coast cohort. “The students on each coast come from different backgrounds and this has allowed me to gain exposure to new sectors, not to mention make friends on both coasts.

With graduation a few months away, Andrew is planning to take advantage of another unique benefit of Wharton’s EMBA program – the ability of alumni to audit electives for free for life. “I’m already looking at next year’s electives on both coasts and am planning my schedule. I hope to come back for some more finance classes and perhaps a predictive analytics class.

When initially applying to the program, Andrew could have chosen either coast for his first-year home campus. In fact, the Philadelphia campus would have been an easier commute, but he purposely chose San Francisco, where he spent his first year.

He explained, “Working for a technology company that is undergoing a lot of changes and a major shift in direction, I was attracted to San Francisco, where I would have a greater opportunity to meet other people in the high-tech industry who could be a sounding board and benchmark for my own experiences.”

So far, that strategy has worked very well. He said, “I’ve met many classmates who work for the large technology companies on the West Coast like Amazon, Uber, and Workday. Being able to ask a classmate at lunch what they think about a certain challenge such as managing quality assurance in product development is invaluable – those conversations happen all the time at Wharton San Francisco. I’ve even invited some of my classmates to speak to our company leadership in Chicago about their perspectives.”

Andrew noted that he was very impressed by the San Francisco campus during his initial visit. “I walked into this massive loft area with open spaces and amazing views of the bay. I saw the bridge and the sunshine and I wanted Wharton San Francisco to be my home away from home.”

He added, “It is a smaller campus than the campus in Philadelphia, but that encourages people to spend more time together. At lunch, everyone – including faculty – converge in the same area and a lot of connecting happens in that space.”

After taking classes in Philadelphia, Andrew observed that each campus has its own vibe. “In Philadelphia, you have a much larger campus with easy access to the Northeast healthcare corridor as well as the financial sector in New York and government sector in Washington, D.C. The Philadelphia campus also exposes you to rich history and traditions of the Ivy League!”

“Each campus has a lot to offer – and being exposed to both environments is yet another reason to take advantage of this amazing bicoastal EMBA program.” 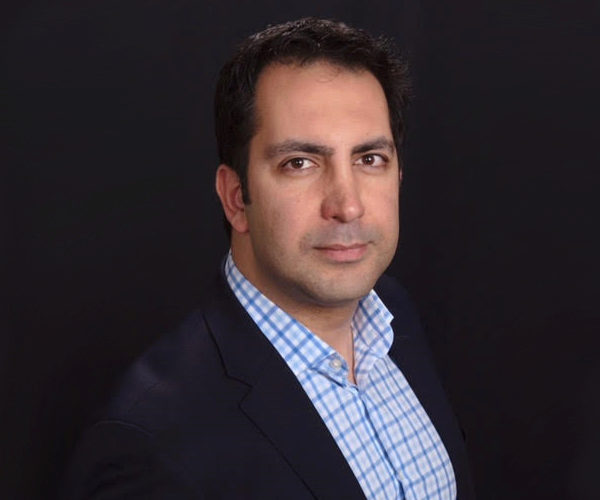 Current Position
Director of Product Strategy and Innovation at CareerBuilder