Image: Bikes being delivered to Rwero, Rwanda, during a GMC trip

TJ Kennedy, WG’17, chose Wharton’s MBA Program for Executives because he wanted a full, immersive MBA experience without leaving his job with a marketing consultancy.

Working as a director of strategy & operations at Scratch, a startup marketing consultancy within Viacom, TJ Kennedy, WG’17, wasn’t planning to go back to school. However, when the Penn alumnus visited his college roommate, who was in a full-time MBA program, he realized that he wanted to have that same type of experience.

“It wasn’t about making more money or putting the degree on my resume. For me, getting an MBA was about broadening my view of the world and beginning relationships that would enrich my life,” said TJ, who applied to both Wharton’s MBA Program for Executives in Philadelphia and the full-time MBA program.

He explained, “Initially, I thought I would take two years off work and pursue a full-time program, but my father cautioned me not to leave a good job and my boss at Scratch asked me to stay on. When I was accepted into both programs at Wharton, I couldn’t decide which was the right choice for me, so I deferred the decision for a year.”

Why He Chose Wharton’s EMBA

Ultimately, TJ decided the EMBA program was the right fit for him for several reasons:

Smaller Class Size – “With approximately 100 students in the class, you can get to know every single person. When there is an event on a Friday night, everyone is included. If someone doesn’t show up, the rest of us notice and their absence is felt.”

Age of Students – “As a 29-year-old, I thought about whether it would be more beneficial to be with full-time students or with EMBA students, who are typically in their 30s and 40s. I decided that being in class with more experienced students would be more instructive for me.”

Real-time Learning – “You apply what you learn over a class weekend when you return to your job on Monday. This helps you add value to your job and keeps your career moving forward. It also helps you keep your personal relationships at home on track.”

The Staff – “During the year that I deferred, I got to know the EMBA staff and saw how they care about students as individuals. With their personalized approach, they answered my questions and helped me determine that this was the right program for me.”

Because the Wharton MBA Program for Executives has a residency requirement, TJ didn’t have to give up the immersive experience that first attracted him to an MBA in the first place. “The magic of Wharton’s EMBA program is that for the two days you are on campus during class weekends, you get the full-time MBA experience. You have the space to really immerse yourself in the coursework and to develop real relationships with your classmates,” he said.

Making a Difference in the World

Another differentiator for TJ was Wharton’s approach to global learning. In addition to the global aspects of classes offered on campus, EMBA students have multiple opportunities to take Global Modular Courses (GMCs) around the world. These one-week mini-courses are open to all Wharton students, including EMBA students from both coasts and in both years, and full-time MBAs.

During the EMBA program, TJ participated in several GMCs, starting with a trip to Spain to study the tourism and leisure industry. He also took a GMC on web-based products and entrepreneurship at Wharton San Francisco. And last spring, he went to Rwanda for a GMC on conflict, leadership and change.

“I had never been to Africa and wanted to push myself out of my comfort zone. It turned out to be one of the highlights of my time at Wharton,” said TJ, noting that the course was led by Prof. Katherine Klein. “Prior to the trip, Prof. Klein contacted each student individually to begin a dialogue about the course, which is another example of the personal touch in Wharton’s EMBA program. She cared about us getting the most out of the trip.”

When the students arrived in Rwanda, they met with politicians, business leaders, and citizens to hear firsthand accounts of the country’s history of conflict. TJ explained, “We learned about the seeds of the conflict, some of which stretch back over a century, and how and why tensions erupted into the 1994 genocide, when nearly 1 million people were killed over 100 days. It wasn’t until the current president, who had been living in exile, led an army to liberate the country that the genocide was ended.”

They discussed how lessons from Rwanda’s past can be applied to leadership within an organization: how a leader can step in to take action and stop conflict or how to approach leading subgroups of which one is not a member. TJ said, “We also saw the impressive progress the country has made since 1994. Not only has Rwanda successfully fostered reconciliation and unity among those who were involved in the genocide, but it also has committed to developing its economy and lifting the standard of living for all Rwandans. In 2016, Rwanda was one of the fastest growing economies in Africa.”

He added, “A major takeaway from the course was the importance of inter-group leadership, being a leader to all subgroups within a population. When the current president came to power, he needed to be a leader for both the victims of the genocide and the perpetrators. He had to demonstrate to all Rwandans that he would be their president and advocate for them. That is a big lesson for organizations, where leaders need to build connections with different groups and unite former rivals.”

Another key learning for TJ was that he can make a bigger impact in the world. “I was so affected by this course that I plan to go back to Rwanda. The commitment and solidarity of the Rwandan people is palpable, everyone is invested in improving the country from the taxi driver at the airport to the cabinet ministers we were so lucky to meet. Everyone wants economic growth and a better quality of life.”

When the Wharton students visited the village of Rweru, TJ and his classmates saw an opportunity to contribute directly to that effort. “The residents rely on bicycles to transport goods to and from the nearest town, but they don’t have enough bikes in good working order to service the village’s needs. After we met with the villagers, I talked to Prof. Klein about how we could help them get more bikes and we came up with a plan.”

Raising money among his classmates in the course for new bikes, their local guide helped them purchase and deliver eight new bikes for the village.

“That was a great start, and I’m looking forward to making an even bigger impact in the future. Wharton opens up your eyes to how you can make a difference in the world and gives you the tools and knowledge to make it happen,” said TJ. 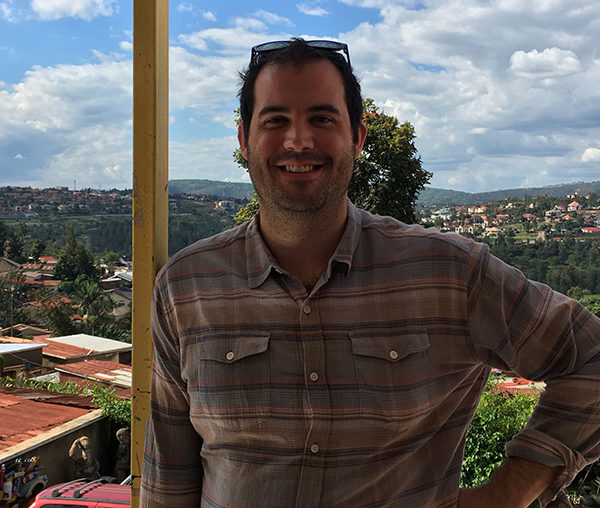 Prior Education
University of Pennsylvania, BA Economics and Cinema Studies