“If you do decide to come to Wharton and grow your family, know your limits and be very honest about what you can and cannot do. You will need a good support system, and to delegate some things.”

Having a baby while pursuing a degree in Wharton’s MBA for Executives Program can be daunting, but Erin Talbot, WG’16, says it’s “definitely doable.” A second-year EMBA student, Erin is the chief credit officer at E*TRADE in the Washington, D.C. metro area and the mother of two young boys — her youngest was born during her first year in the program.

When she applied to Wharton, her older son Jacob was 1. “It was a tough decision to apply because I knew that a commitment to Wharton would require time away on class weekends,” Erin said. “Even the admissions interview was a challenge; my husband was traveling overseas for work and I had to piece together childcare just so I could come to Philadelphia for the day.”

She applied in Round 1 so that she would have more time to make arrangements if she were accepted. When she was admitted, she and her husband started making deliberate choices to make their routine more manageable. Her husband decided to dial back his work, they moved into the District to cut down on commuting time, and hired an au pair.

“Of course I was concerned about how all of this would work, but I also was confident that it would be OK. As a parent, you’re already used to juggling a lot of commitments and concerns at once,” Erin said. “You’ve learned how to manage busy times at work when your baby isn’t sleeping through the night and you’re exhausted. I knew that the EMBA program would be challenging and require a lot of time, but I already knew a lot about time management.”

Advice for Other Wharton Parents

“If you’re a new parent or thinking about expanding your family during your time at Wharton, I’d say go for it,” Erin said. “Everyone at Wharton has some type of personal challenge he or she had to overcome to participate in the program.” There are actually seven new moms in the class following Erin’s so far — so she’s far from the only one going through the challenges that come with being a new mom again.

“My classmates were very supportive of me when I was pregnant,” Erin said. “After our son Hayes was born, I was ecstatic to come back to school, see my classmates, and embrace that part of my life again. Learning at Wharton makes me a healthier and happier person – it rounds me out as an individual.”

“If you do decide to come to Wharton and grow your family, know your limits and be very honest about what you can and cannot do. You will need a good support system, and to delegate some things. But having a baby shouldn’t hold you back from doing this program.”

Why She Decided to Go Back to School

The second of seven kids, Erin grew up in rural South Carolina and was the first person in her family to attend a four-year university. “Growing up, the only women I knew who worked outside of the home were my math teacher and a family friend who was a bank teller. My math teacher became a mentor and was an influential force in my choice to major in statistics,” she said.

After graduation, Erin went into pharmaceutical research and development before transitioning into consulting, which led her to E*TRADE, where she’s worked for nine years in various roles. She is now the chief credit officer and oversees an organization of 100 people with responsibility for all aspects of lending at E*TRADE.

“While my statistics background has been helpful in my career, I need an MBA to continue to increase my responsibilities and further my career. I also wanted to return to school and round out my business knowledge and skill sets, as my company is both a brokerage firm and a bank,” Erin said.

“I work on the bank side, but hope to advance in both verticals. It didn’t make sense for me to step out of the work force for a full-time MBA so I looked at EMBA programs. In the EMBA world, Wharton was clearly a top choice.” 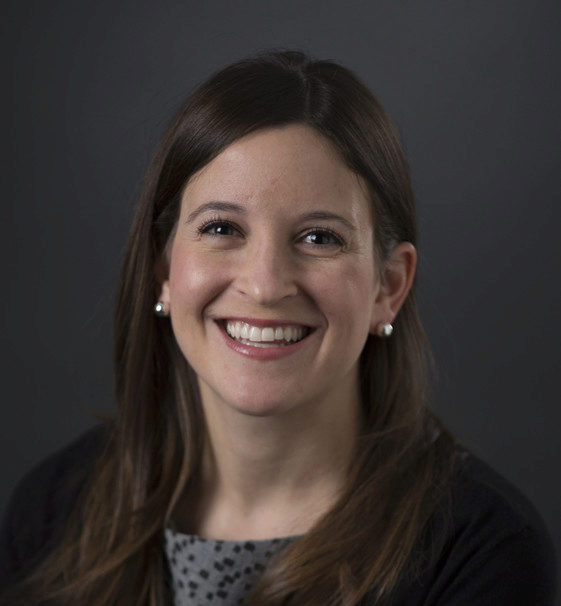