“The network here is bigger and stronger than I ever thought. I have benefitted tremendously from Wharton’s history of developing thought leaders in all areas of business.”

After transitioning from a hospital setting to a fast-growing startup plastic surgery company in Seattle, Dr. Walter Rooney, WG’16, came to Wharton’s MBA Program for Executives in San Francisco to gain a more formal business education. However, a family tragedy soon changed his plans.

A few months into the program, his younger sister Annie was killed by a drunk driver in Ohio on July 4, 2013. Walt decided to take a leave of absence from Wharton and moved home to Ohio. Within weeks, he and his family began working to enact state legislation aimed to decrease drunk driving through the use of ignition interlocks.

“Ignition interlocks are the most effective current technology that we have to protect citizens from drunk drivers. These devices, about the size of an iPhone, prevent an intoxicated driver from starting their car,” Walt said.

He thought back to a conversation during Orientation Week with San Francisco classmate Kate (Cournoyer) Wallman, WG’15, who had mentioned that her company funds a manufacturer of ignition interlocks. He reached out to Kate and she connected him with the CEO of the largest ignition interlock supplier in the country.

“That led us to an expert who writes DUI legislation all over the U.S. and who helped us write Annie’s Law,” Walt said. The proposed law would require the use of ignition interlocks for all drunk drivers, including first-time offenders — and it would also require a lot of hard work and support to get passed. Walt turned to the Wharton network to help make it happen.

Tapping into the Wharton Network

To move the legislation forward, Walt started researching contacts at Mothers Against Drunk Driving (MADD) and discovered that the national chairman of the board was a Wharton MBA alumnus and worked at Nationwide Insurance. Walt contacted him through the Wharton alumni site. “As a result, MADD and Nationwide have been very supportive of our efforts as well as other efforts nationally to strengthen DUI laws,” Walt said.

During this time, Walt decided to return to Wharton’s EMBA program in Philadelphia to continue his education and grow his connections to further his work on this important issue. “The support I received from the Wharton community in moving this legislation forward made it a clear choice,” he said. “I thought if this is what the Wharton network could help me achieve as a student with just a few weeks of classes under my belt, the possibilities were endless. The network is huge and comprised of distinguished people who could help pursue this issue across many industries.”

Fellow Ohio resident and neurosurgeon Dr. Georges Markarian, WG’16, who Walt met on the Philadelphia campus, was one of those people. “Georges was very supportive of my family’s legislative efforts and put me in touch with the largest neurosurgery organization in Ohio. That organization helped us mobilize the 30,000 physicians in Ohio,” Walt said.

In addition to making these important connections, Walt returned to the EMBA program to gain the business knowledge to back up the legislation. “If I was going to be a spokesperson at the national level about DUI legislation, I wanted to make it clear that the investment in protecting citizens provides very high returns measured both in budgetary outcomes and prevented morbidity and mortality,” he said.

He and his family succeeded. In January, Ohio Governor John Kasich signed the bill and Annie’s Law took effect on April 4, 2017.

Now a national board member at MADD, Walt is still putting his Wharton education to work to further this cause. He serves on MADD’s Finance and Governmental Affairs Committees, providing guidance on financing strategies and budget policies, reviewing MADD’s public policy positions to determine if they are in line with the latest peer-reviewed science and data, and helping to develop new public policy positions to meet its goals of eliminating drunk driving, preventing underage drinking, and increasing services to victims.

“My contribution to each committee has been substantially improved as a result of my Wharton experience. Influencing policymakers on the state or national level is just as much about influence as it is about sound policies,” Walt said. “At Wharton, we repeatedly studied companies with best-in-class products that failed because of weak marketing or communication support and the same is true of policy proposals.”

“Persuading a lawmaker to listen to my ideas on a policy position is very similar to pitching an idea to potential investors, where a 60-second window is all I have to generate a longer meeting. Being succinct and influential was stressed repeatedly in our second year, whether in communications or marketing classes.”

Walt also credits his contributions on the Finance Committee to the data-driven decision-making emphasized in the finance curriculum.

“In-depth discussions about modern portfolio theory has direct implications when providing the organization with investment recommendations,” he said.

Walt even had the opportunity to discuss the intuition behind this theory with Vanguard founder Jack Bogle during a Wharton lunch. “This would not be remotely possible at other programs,” Walt said. “I have benefitted tremendously from Wharton’s history of developing thought leaders in all areas of business.”

“When you hear about alumni networks, it’s usually vague and you wonder if it’s as powerful as advertised. But I can vouch for its considerable influence at Wharton. The network here is bigger and stronger than I ever thought.” 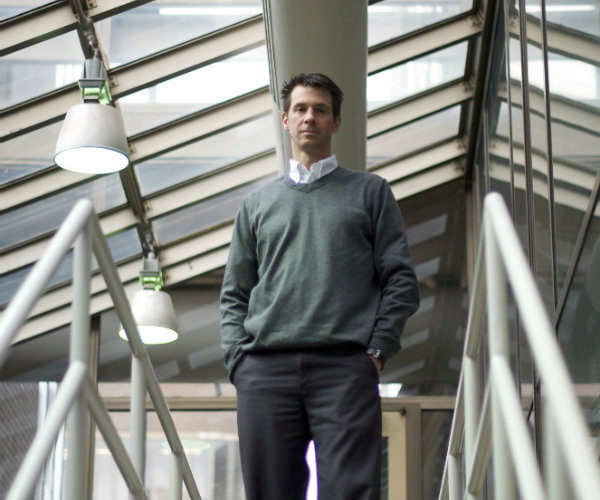 Currently
Physician at Mercy Health; National Board Member for Mothers Against Drunk Driving